This week, after noticing all the crabapple trees that are in bloom all around the city, I decided to swing by the location where I had captured the winter composition below, a couple of years ago. Shooting the same image at two different times of the year is not something I had tried before, but I was really curious what this scene would look like with the trees in bloom... And seeing so many gorgeous blooming trees around the city, I thought it was worth a shot! 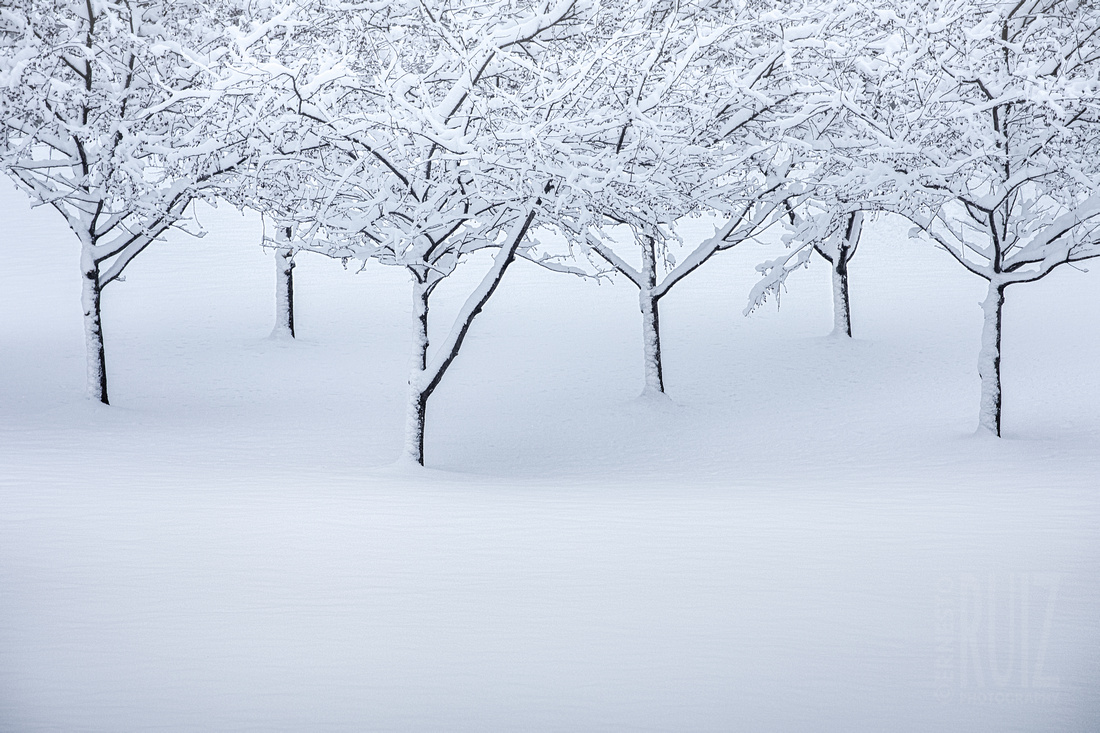 Below is the result... And as you can see, the trees did not let me down as they put on quite a show for the spring. While shooting, I actually took the time to look at the composition above on my phone, because (just for fun) I wanted to get them to be as close as possible. I have a suspicion that some people may be interested in buying prints of these two images as a set. 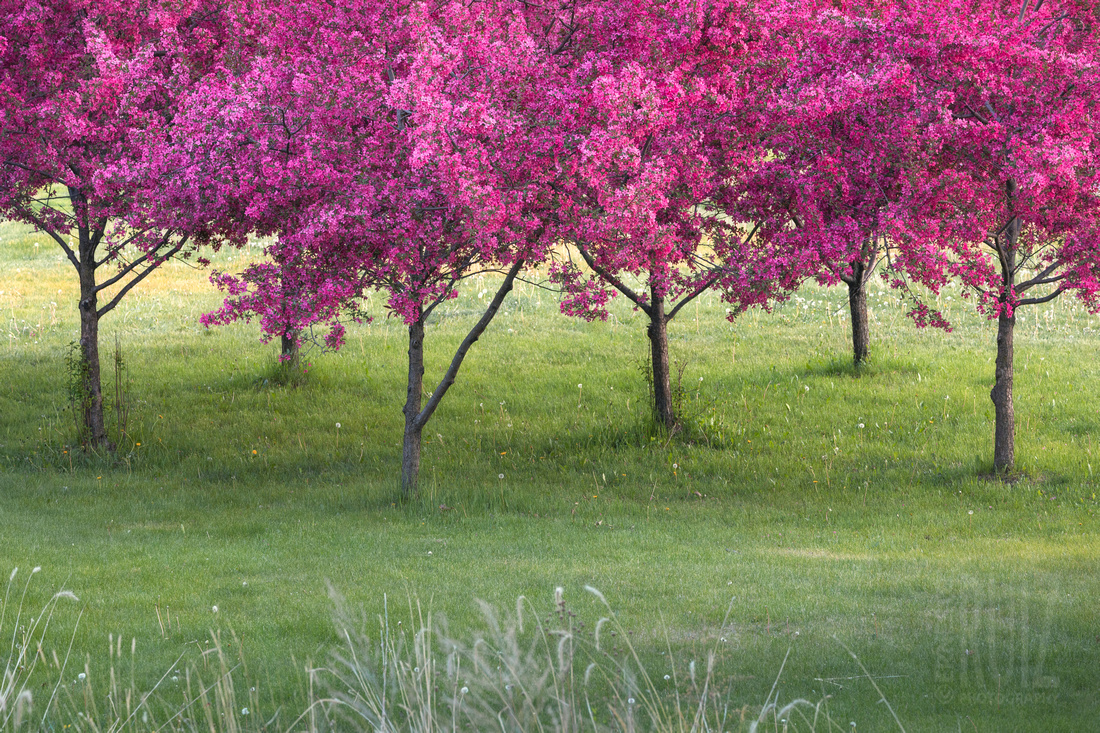 ...and Finding a New One

I don't expect I'll be attempting sets like this often, only in cases like this where it really makes a lot of sense. Of course, I experimented with many additional compositions while there, including the one below. While I liked the image above, especially as a pair for the winter image, the texture of the grass and the tall grasses in the foreground are not as visually "quiet" as the blanket of snow in the winter image. So, I wanted to find a composition that placed our full attention on the beautiful blooming canopies: 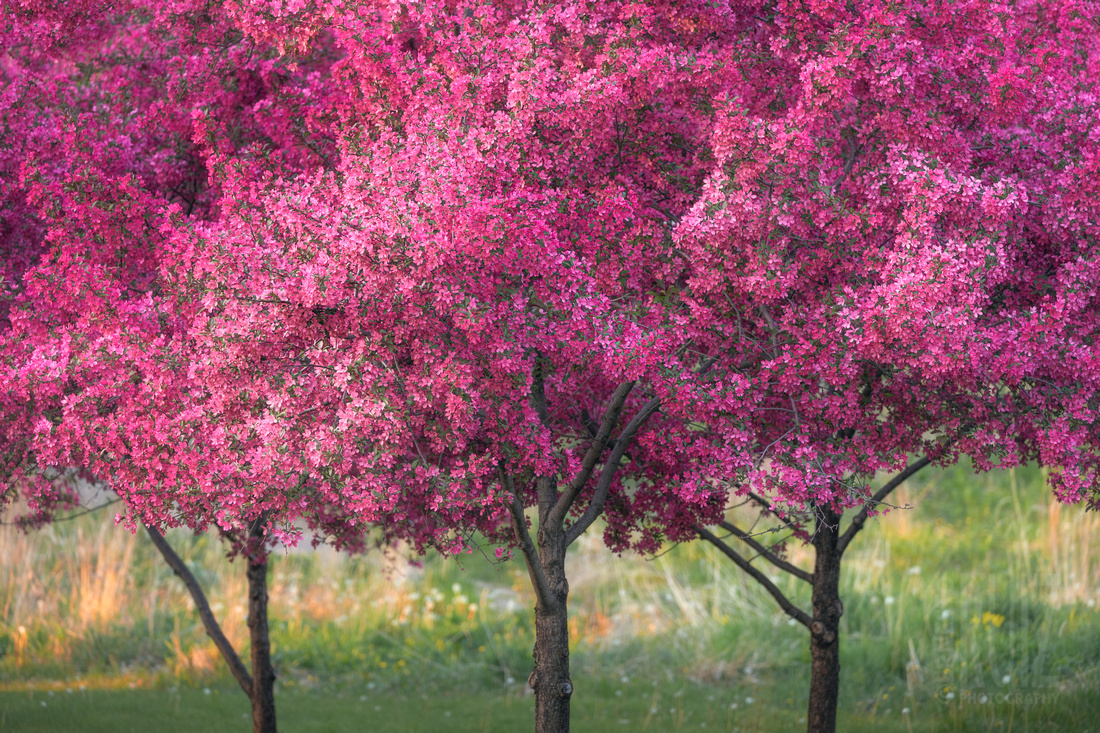 Both images were captured as the sun was setting, using a tripod to allow for slightly longer shutter speeds (while minding the movement of the leaves). The first image (that matches the winter composition) was shot at 200mm with my Canon EF 70-300mm f/4-5.6L IS USM lens, using an aperture of f/8 for optimal sharpness, ISO of 500, and shutter speed at 1/20 sec. On the second image, which was captured at 188mm, I opened the lens to f/5, to create more separation from the background while keeping enough of the tree canopy in focus. This allowed me to shoot at 1/60 sec while keeping the ISO at 500. When shooting scenes like this, where the shutter speed is borderline in terms of freezing foliage that may be moving with the wind, I recommend shooting several consecutive exposures. I find that even if a gust happened to move a branch on some of the exposures, I usually get a few sharp ones in the mix.