HEAD OF THE TRAIL - NEW IMAGE

It has been a while since I blogged here. This is partly because I've been writing more for the Slow Photography Movement, but also because it's just hard to keep up with everything, especially since most of my previous blogs were more like articles than quick entries... For 2021, I am recommitting to this blog, but planning for briefer posts such as announcements, sharing publications and exhibitions, or simply sharing a few thoughts on a newly released image (like this entry!).

New Image: "Head of the Trail"

2020 was a tough year in many ways, and it definitely had an impact on my creative drive for photography. I just did not shoot as much as I usually do (which is saying a lot, as I'm a pretty low volume photographer to begin with). My wife and I managed to salvage the summer with a few not-so-distant camping escapes, but our previously planned trips were all cancelled. Most of the photography that I did do was quite close to home compared with recent years. This has actually been a silver lining though... Not only have we committed ourselves to walking around our neighborhood every single day, but we also discovered many nearby parks and trails that we otherwise might not have visited.

"Head of the Trail" was captured during one of those hikes, a wonderful, physically-distant walk that Becca and I enjoyed with a friend down in Red Wing, MN. The composition revealed itself at the least expected moment, right after I put away the camera as we exited the trail. The image was captured in bright afternoon sun, which actually worked quite well to emphasize the brightness of the birch bark. 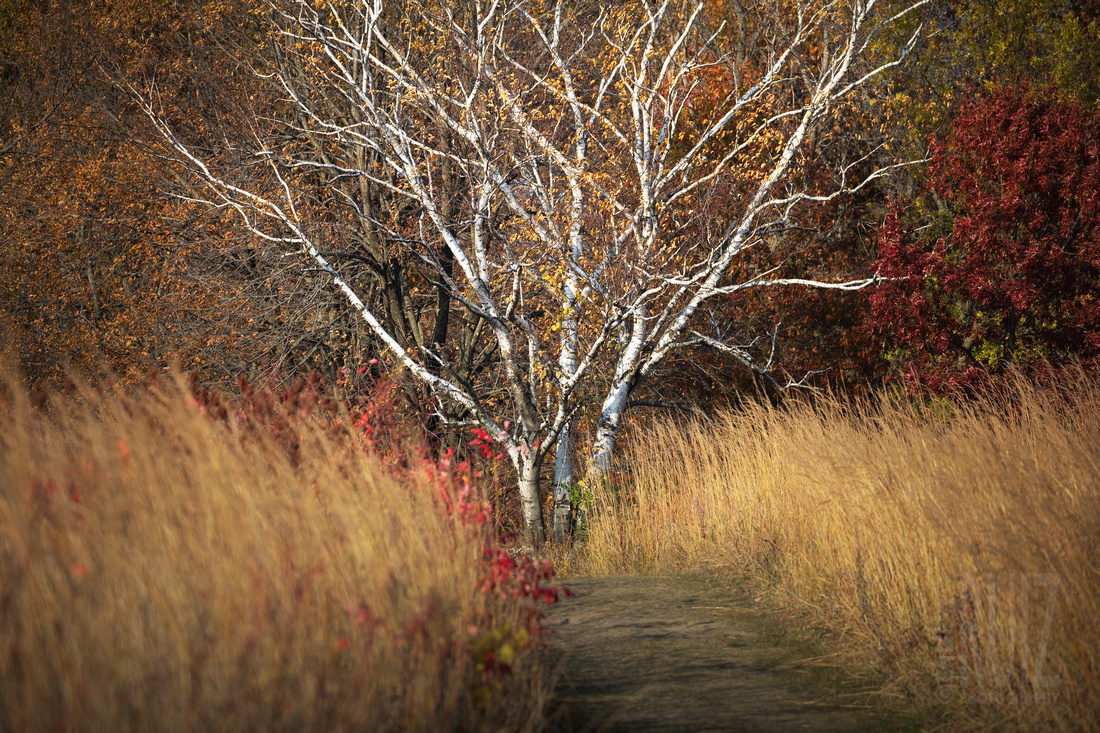 Head of the TrailA triangular birch keeps watch at the entrance of a trailhead. For more on this image, including technical data, check out my blog: Head of the Trail blog entry.

I exposed for the highlights so as to not lose birch bark detail and, because I was shooting handheld, used a higher ISO than I regularly do. This allowed me to use a 1/1000 sec shutter speed, giving me peace of mind considering the wind and the potential camera movement at 176mm. The image was captured at f/5.0, effectively isolating the birch from the out-of-focus foreground.