What is Lens Compression?

We've all seen (or shot) images where distant objects are "brought forward" and seemingly magnified in scale against a foreground subject. These images are usually captured with long (telephoto) lenses, which have hence gained a reputation as being able to create compression. The term compression refers to the seemingly shrinking distance between subject (or foreground) and background, as opposed to images where the background seems distant.

"telephoto lenses do not really create compression, but they allow us to capture it by moving farther away from our subjects"

The reality is that this compression is really a result of the relative distances between photographer to the subject/foreground, and the subject to the background. Telephoto lenses do not really create compression, but they allow us to capture it by moving farther away from our subjects, and then framing them tightly against more distant elements. While this is understood by most photographers, I've heard enough people assign a mystical power to telephotos - to compress objects as you rotate the zoom ring - to think that a simple blog entry with some sample images may help to demonstrate the issue. 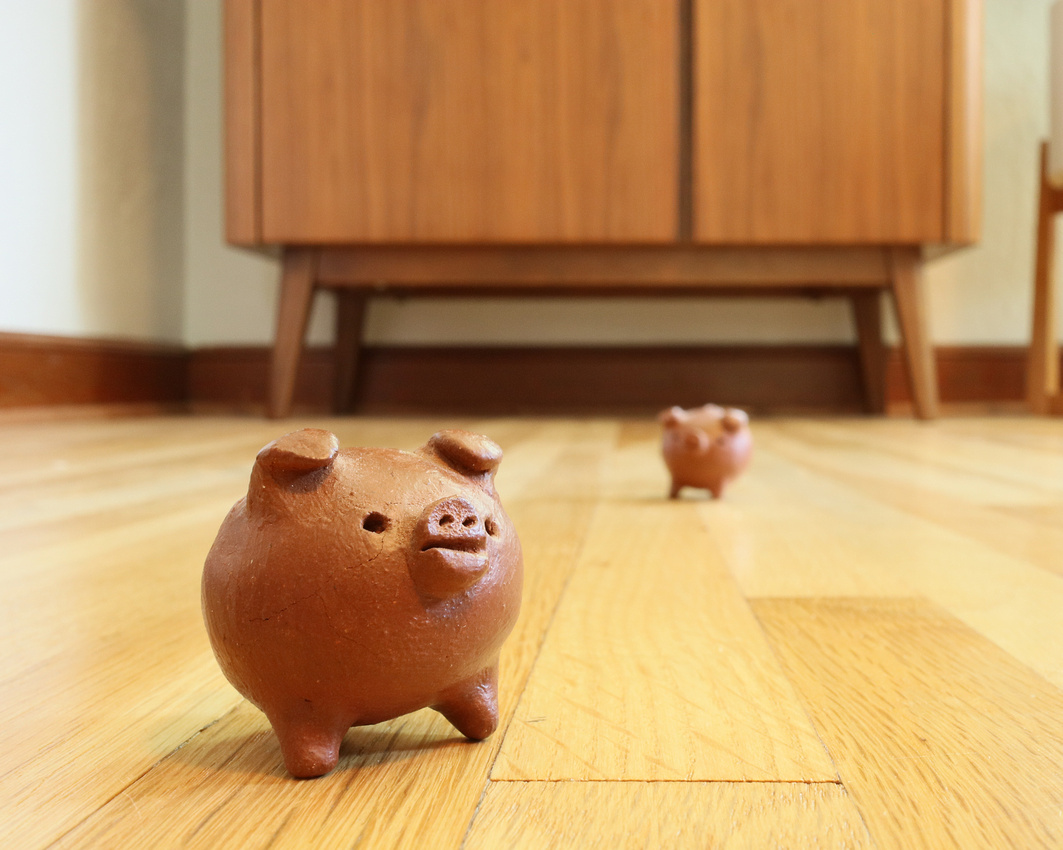 Is Compression a Result of the Lens Used?

I called upon these two little piggies as models to do a demonstration. I placed them on the floor once, and did not move them for any of the images. I then proceeded to photograph them from two locations. This first image, above, was captured with a wide-angle lens and shot from fairly close to the foreground piggy. It makes the two of them seem very distant from each other, with the subject in the foreground occupying (eyeballing here) about three times as many pixels vertically as his friend in the background.

I then attached a telephoto lens to the camera, and moved it back to the opposite side of the room. I zoomed in until I framed the foreground piggy similarly. The resulting shot (below) compresses the two piggies, so that the distance between them seems reduced. If you measured them on the image, the background piggy is now almost as big as the foreground one! While the wide-angle image showed a lot of depth, the telephoto image seems flatter (hence the term "compression"). It is this ability to frame a subject tightly from far away, enhancing the scale of background elements, that has given telephoto lenses a reputation for creating compression.

You may now be thinking long lenses do indeed create compression... but not so fast! What would the image look if I used the wide-angle lens from the first image, and kept the camera in its second location? The result is below, and if you look close, you will notice that the compression is right there to be seen, by anyone who can ignore all the additional unnecessary and distracting context in the shot. The compression happened because I moved the camera, not because I changed the lens. What the telephoto lens did was to allow me to crop out all the unnecessary elements in the image. 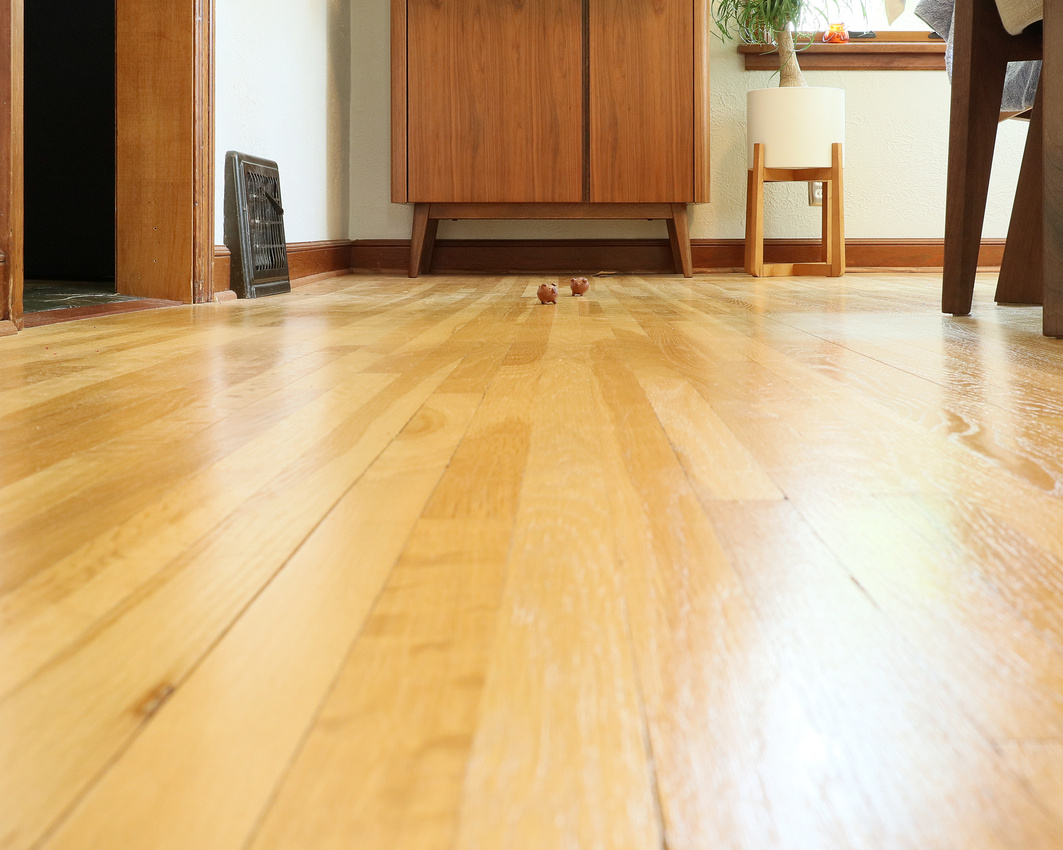 From this distance the piggies are a little hard to see... below is a cropped version of the same image. It has lost a lot of quality because of the extreme crop, but it gets the point across. Compare the image below, shot with a wide-angle lens, and the second image (from the telephoto), and notice that the depth perception and compression is just the same. If you eliminate the rest of the image captured by the wide angle, you can get the same composition - and compression - by cropping an image from a wider angle lens view than by shooting with a telephoto lens. Not a great idea obviously, as you are using very little of your camera's sensor and resolution, so the image quality greatly suffers! 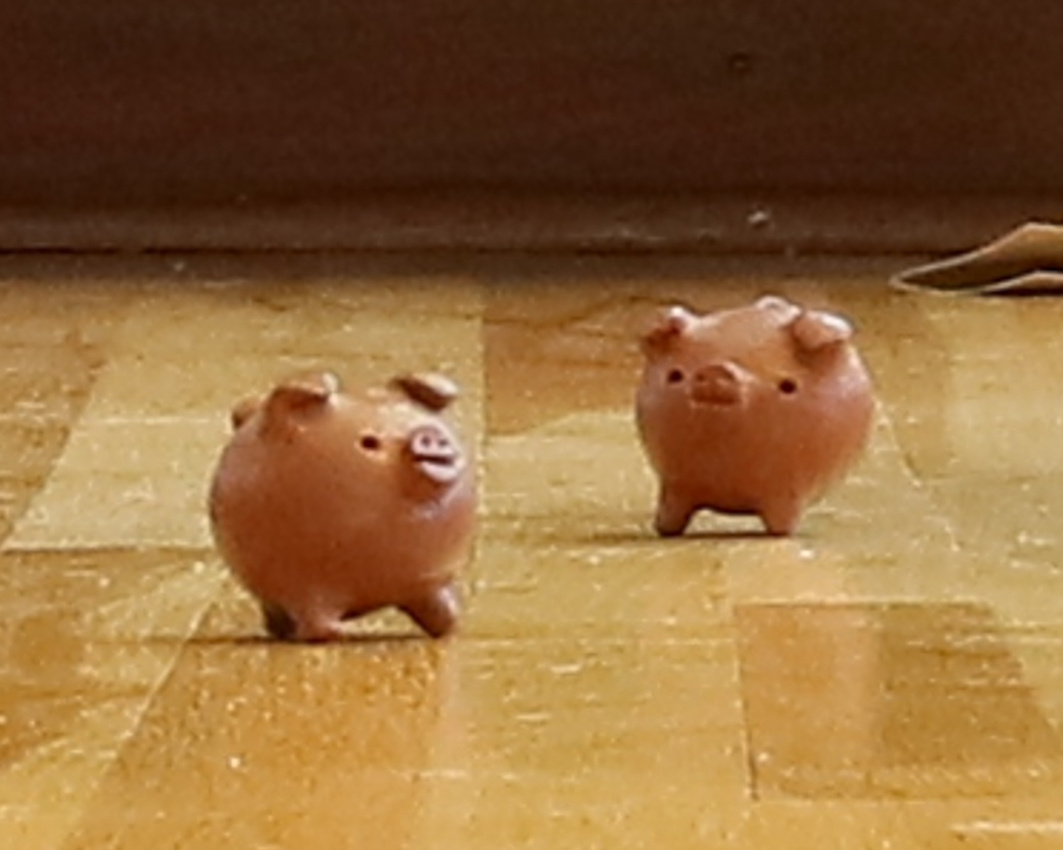 So there you have it, the mystery of lens compression demonstrated with the assistance of two little piggies. While I assume this is not news to most photographers, it may help to explain this phenomenon to those just getting started.

Please share my blog with others, I don't blog that often but when I do, I hope it is interesting or helpful. Also, since I hardly spend money or efforts on marketing, I appreciate any help I can get sharing my photos with new audiences! Selling pictures is great, but sharing my images with anyone who might appreciate them is really the most rewarding part of this. Currently, I am trying to build my portfolio on Instagram, so please share my page with any Instagramers you think might enjoy it. Below is also my Facebook photography page: